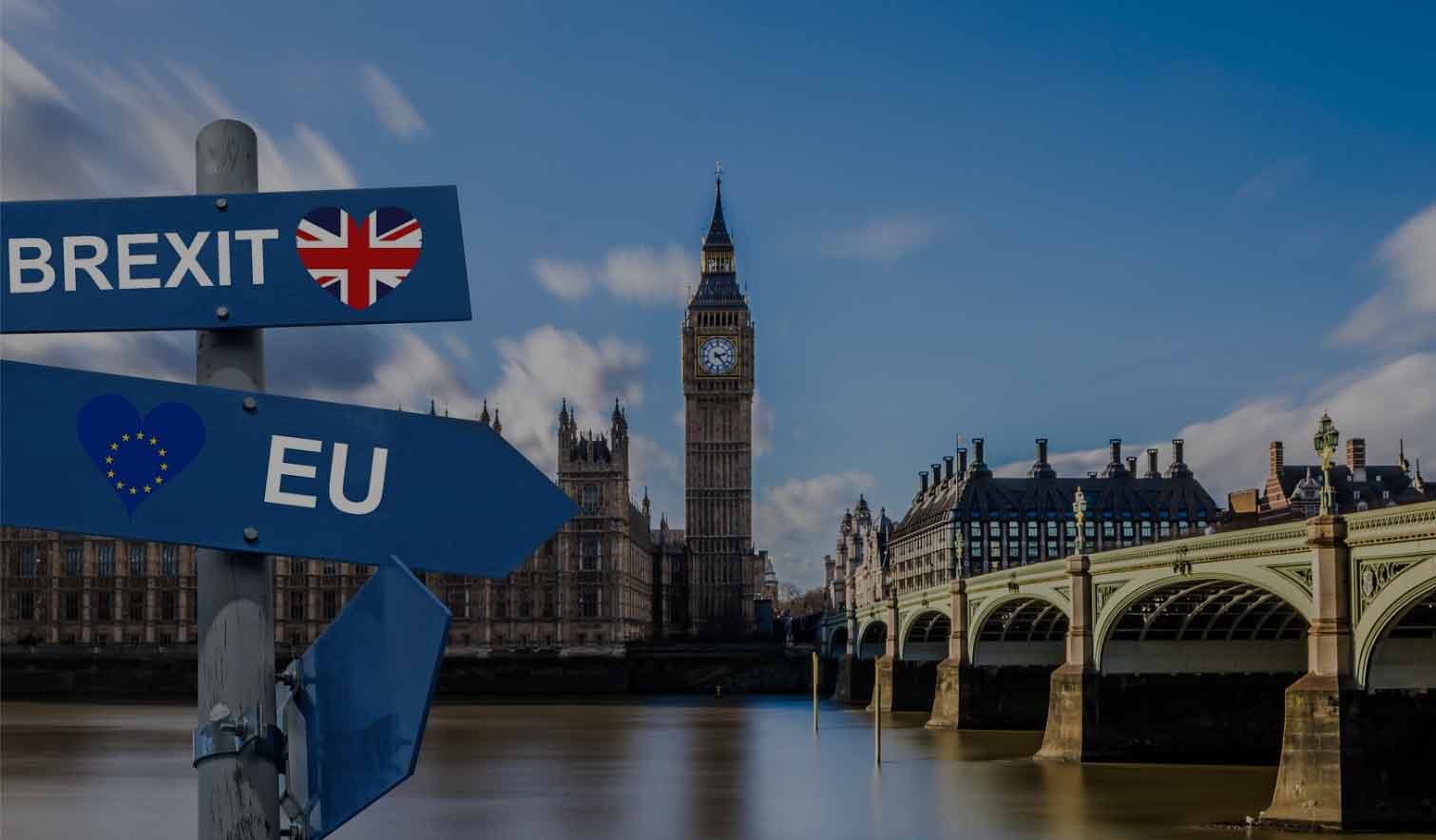 Windfall for airports, passengers to pay the price if air routes from the UK are re-classified as being international rather than Intra-EU

Looking back at the somewhat depressing and inept Brexit debates back in 2016, the subject of airport charges wasn’t discussed in any great detail. No ‘battle buses’ declaring that every week UK citizens might be paying millions more to Europe’s airports instead of on the National Health Service, no billboards with made-up numbers to scare the population into voting one way or the other. Did no-one consider that airport charges could even be a factor in possible future Brexit negotiations?

In March 2019, the UK will cease to become a member of the EU. At the moment, the precise nature of the departure isn’t known, so the UK may still become Canada, Norway, or an international outcast subject to WTO rules on trade if ‘no deal’ comes to pass. The UK will still be a European country, but in spite of the geography, the UK’s changing relationship with the EU will have a bearing on the airport charges UK passengers pay to use some of Europe’s airports and that depends on how the airports categorise flights departing for the UK.

If flights to the UK change status, airport fees will increase generating a ‘Brexit windfall’

Many airports across the continent differentiate their departing passenger charges depending upon the flight destination. Domestic charges are usually the cheapest, followed by Schengen (if applicable), then come charges for EU destinations, and finally International charges, which usually carry the highest rate. In many cases, nations in the EEA grouping (and often Switzerland) are lumped together with EU nations, enabling them to benefit from charges that are cheaper than if they were deemed international destinations.

In the world of airport charges, then, the status of the UK after March next year matters; if the UK is treated like Norway, then in most countries UK passengers will see no change in their airport charges. However, if the UK is seen as being an ‘international’ destination, then many airports across Europe will be able to charge a higher fee for passengers heading to the UK than they do today. in doing so, they will see a ‘Brexit windfall’, as UK passengers will move from paying EU charges to the more expensive international charges. In fairness to the airports concerned, this would be a cost of the UK’s own making; none of the airports concerned is trying to penalise UK passengers, nor are they introducing ‘new’ charges – it’s just a consequence of the UK leaving the EU club.

Taking the 2018 schedule as a guide, we can estimate how expensive a ‘no deal’ Brexit might be to UK passengers. There will of course be a corresponding cost increase for European passengers coming to the UK, but for the purposes of this analysis, we’ll concentrate on UK originating passengers only, as it was their choice to leave the EU.

Over 60% of all scheduled UK air passengers have somewhere in Europe as their final destination, making it the most popular for both business and leisure travellers. As the table below shows, there will likely be over 107 million scheduled seats departing the UK for Europe in 2018. Between them, British Airways, EasyJet and Ryanair account for 56% of these seats, making those airlines more interested than most in how the Brexit negotiations unfold.

Annual passenger numbers are not yet available for 2018, but assuming that the remainder of the year continues without significant hiccups, it’s reasonable to assume that UK-Europe passenger numbers at prevailing load factors will be of the order of 92m come the end of the year. Some of these passengers will be inbound visitors to the UK, but historically most passengers on UK-Europe services originate in the UK. Assuming 80% are flying outbound, we estimate 74m UK passengers will have flown to European destinations by the end of 2018. Most of them will be point-to-point passengers, but we have made allowances for onward connecting passengers at key hub airports like Paris CDG and Frankfurt so as not to overstate the charges incurred.

The biggest winners are in five countries – with Spain the biggest

Not all airports and countries differentiate their passenger charges in the same way, so even if no Brexit deal is done, becoming an international passenger at many airports in many countries won’t change the charges paid. By analysing airports on a country-by-country basis, it becomes clear which airports will see no change, and which will benefit from the Brexit windfall.

Five countries stand out as having the most to gain from a no deal Brexit, as either all, or nearly all, of their airports have higher charges for international passengers than they do for EU passengers. Although five is only a modest proportion of EU countries, these countries are unfortunately all in the top seven most popular destinations for UK passengers, including filling the top three places. They are flagged below.

There are the odd one or two airports in other countries that will also benefit, but these five countries are by far the most significant for UK passengers.

The two most popular EU destinations from the UK are Dublin and Amsterdam. Neither of these airports differentiate their EU and international passenger charges, so passengers can continue to fly to these destinations with no additional costs. Unfortunately, 14 of the rest of the top 20 have higher charges for international passengers than they do for EU passengers. The table below summarises these additional charges per passenger for the 20 most popular UK-Europe scheduled routes.

Per passenger surcharge for International passengers, EUR per pax

The popularity of the Iberian Peninsula is much in evidence, accounting for nine of the top 20 destinations, and all have higher charges. Just six of the top 20 have no charge differential, while the highest increases in charges are at Paris, Rome and Lisbon. The seat of the EU, Brussels, comes in at number 33 on the list, and in the spirit of continued European cooperation, will be no more expensive for UK passengers after Brexit than it is now.

Using the estimated scheduled passenger numbers for 2018 and the change in charges at each European airport, we can estimate how much extra UK passengers could be paying to Europe’s airports if the UK drops out of the EU with no trade deal – or if Europe’s airports choose to re-classify the UK as an international rather than EU destination. Our estimates suggest that the extra cost of airport charges to UK passengers would be around EUR170m per year. Virtually all of this cost is concentrated in the top five countries flagged previously;

There are roughly 80 airports across Europe that will see a Brexit windfall, with over 30 of those seeing an income increase in excess of EUR 1 million. The top 20 beneficiaries, together with their projected increase in income, are shown in the following table;

Paris CDG would be by far the biggest beneficiary of a Brexit windfall, attracting 16% of all of the additional charges that might be paid by UK passengers. Rome, Madrid and Lisbon together account for another 20% of the total additional charges as European capitals fill the top four places in the list.

Next summer seems an awfully long way off, yet there are already people out there booking tickets for flights in April 2019 and beyond. For airlines selling seats from the UK into Paris, Rome or Lisbon in particular, a Brexit deal would clearly be advantageous, otherwise those routes may not be quite as profitable as they’d hoped for. Likewise, if an airline network is thick with routes taking UK holiday makers to Spain, they may end up paying a few more Euros per passenger in airport charges than they’d anticipated.

So, while the Brexit debate and its ramifications may seem very big and far away, the reality is that a no deal outcome could affect sales that have already been made. Every ticket sold before the end of March 2019 on routes from the UK to over 80 European airports could be mispricing the airport charges element of the price, potentially leaving airlines with a bill of millions of Euros.

For every ticket sold after the end of March 2019 to these destinations, the correct pricing of the airport-related charges will leave UK passengers with an additional bill of around 170 million Euros